About wood-boring insects in buildings, the name woodworm is given to the larval stage of the beetle, the larvae bores through and eats the sapwood which is very edible. They are all originally forest dwellers and part of the natural recycling process.  The consumption of wood is moisture dependent, and, in some cases, they need a fungal infection to help with digestion.

The tree is cut into different sections at the sawmill, some of the sections have more sapwood which insects like and other sections cut out of the tree have the heartwood which is resistant to insects and fungi.

The moisture content combined with the amount of sapwood will control in most cases the extent of any infestation.

The size and shape of beetles exit hole from the timber combined with any frass (bore dust- faecal droppings) will help to identify the type of beetle.

It is important that you have an inspection by a suitably trained person as there are a range of beetle infestations and to avoid un-necessary chemical treatment which are not needed in most of the beetle infestations. Below are some of the wood-boring beetles in Britten that may be found in homes of which the common furniture beetle and woodboring weevil are the most prevalent in Scotland.

This is one of the primary wood-boring insects in Britain and it Infests the sapwood of softwood and European hardwoods.  Plywood and plaster laths are particularly susceptible to attack.

Action: Remove the excess water from the timbers (less than 15% wme) where it is not practical carry out an insecticide treatment to break its life cycle. 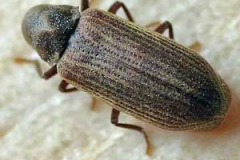 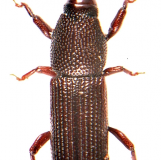 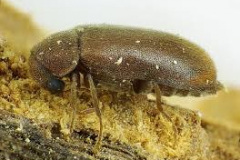 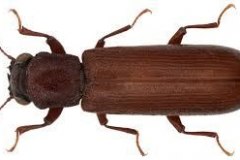 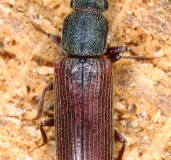 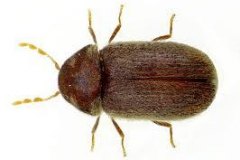 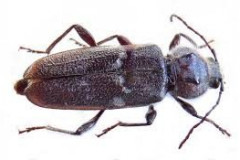 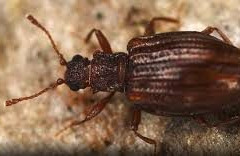 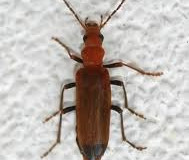 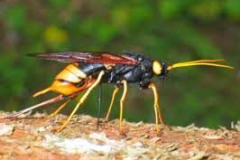 This is sometimes misinterpreted as a common furniture beetle infestation during roof void inspections.

Action: Removing the bark will stop the infestation.

Is a common pest of foods including cereals and dried vegetable matter and may be misidentified as the common furniture beetle?

Action: Remove the food source and the infestation stops.

Attack’s softwoods and hardwoods which have a wood rotting fungi infection.

Action: Dry timber out and this infestation will die out.

Likes European hardwoods especially Oak, Ash and Chestnut that have been softened by wood rotting fungi.

Action: Dry the timbers and treat with insecticide.

Infests the sapwood of hardwoods such as ash, elm, and oak.

Action:  If possible, remove the infected section of timber if not treat with an insecticide paste.

Infects sapwood, particularly roof timbers but at present only commonly found in the southwest area from London (mainly Surrey).

Action: timbers to be tested full as it can cause structural damage.   Insecticidal treatments with timber reinforcing/ replacement, as necessary.

Normally only found in forest timber.

Action: Once removed from its forest environment it stops being a problem.

Call us now
Scroll to Top